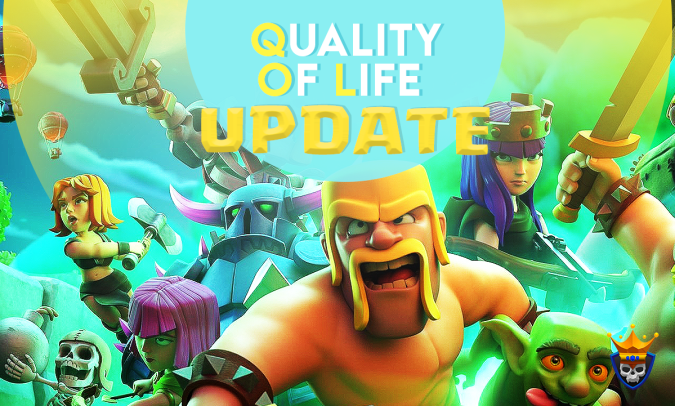 It’s the start of a new year and we wanted to kick off 2022 with a bang! We’ve got quite a few quality of life improvements the team has been working on, and they’re just about ready to be released.

We want to draw extra special attention to how these improvements are being released. Due to various technical requirements, we will be staggering the release in varying countries over a period of multiple days. Rest assured, everyone will receive the same content and quality of life changes in Clash of Clans. We only request your patience as we roll out these changes.

Rather than wax eloquently with long texts, like cooking recipes you find online where they tell their life story before getting to the heart of the content, we’ll just spare you the anecdotes and dive straight in since we’ve got a few things to cover.

Players have been able to pre-train a second Army for quite some time, but one of the biggest obstacles is having to wait for your Heroes to heal until you can attack again. In order to allow you to jump right back into battle again, we’ve added a new feature: Extra Life for Heroes.

When a Hero returns from battle to the Home Village after taking damage, the Extra Life health is used towards healing these battle-worn champions. For example:

When a Clan Games Challenge is completed, the completion notification now has a “New Challenge” button that allows you to open the Clan Games menu and select a new Challenge regardless if you’re in the Home Village or Builder Base.

Due to popular demand, adjusting the volume of the in-game music and sounds can be controlled using the new sliders. Perhaps it’s been a while since you’ve listened to the in-game tunes so why not give them a chance, enjoy the nostalgia, and farm some loot!

Who hasn’t accidentally donated Troops using Gems just after their Gold Pass has expired, or just after renewing it, only to find out too late that you hadn’t unlocked the 1-Gem Troop Donation perk yet? It happens to the best of us so we’ve added something to hopefully prevent that unnecessary pain.

If you have an active Gold Pass but haven’t unlocked the 1-Gem Donation perk yet, when donating Troops a warning message will remind you that donating a Troop will cost more than 1-Gem.