2022 CLASH WORLDS RULEBOOK AND FAQS by Esports Clash of Clans 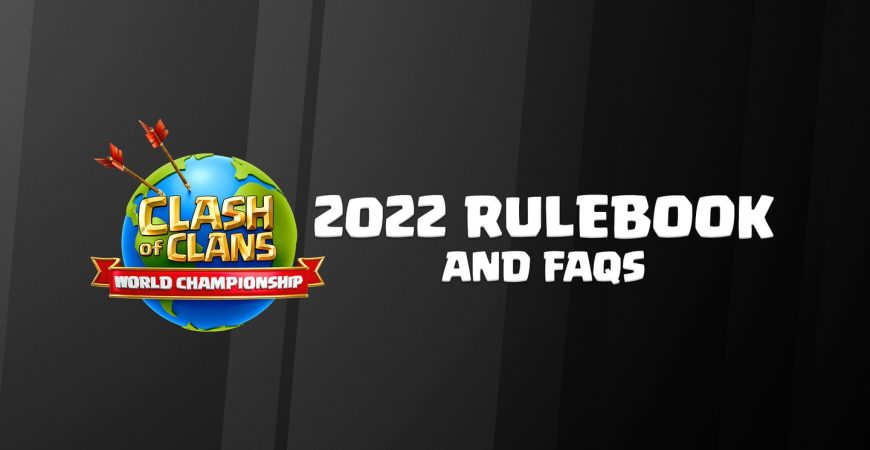 What a week it’s been! Over the past few days, we’ve shared a lot of information about the 2022 Clash of Clans World Championship. On Tuesday, we shared initial details about Clash Worlds 2022. Wednesday, we discussed the Championship Qualifiers: a competition where teams will compete for 4 available Golden Tickets. Yesterday was all about the World Championship Finals in Helsinki, Finland. But there’s still a bit more to share, namely about the official rulebook and some FAQs you may be wondering about.

Competitive integrity is a core value, and our top priority is to ensure the competition is fair, respectful, and inclusive of all players. All participants are subject to Supercell Fair Play Policy and Terms of Service, so whether it’s in a Tweet, in your DMs, or in-game, we want to make sure all Clash of Clans spaces are safe and fair for everyone. Please keep this in mind as you register and compete!

Still have questions? We have answers!

How do I get started?

Getting started is easy!

Any player who is Town Hall 14 is eligible to participate, pending they meet our eligibility requirements.

What is the Tournament Hub?

The Tournament Hub is an in-app competition platform where players can register and compete in the competition, as well as view critical tournament information and leaderboards.

The Tournament Hub will be available in Clash of Clans on 3 August.

Am I  eligible to compete in the tournament?

You are eligible to compete if you meet these requirements:

How do I play the match and report the match result?

If your team experiences any issues during your match, please contact Tournament Administrators through Discord.

What information should I be aware of before playing a match?

All members of the team must be online and a part of the Clan their team is affiliated with before their match begins. In addition, players may not be a part of an active Clan or Friendly War that overlaps the tournament match War.

If any player is a part of an active Clan or Friendly War, or is not a part of the Clan when the Tournament match is scheduled to begin, their team will automatically be given the loss for the match.

Additionally, for all Tournament matches after the Ladder stage, only the 5 players that are a part of the team can be a part of the Clan. All other clanmates must leave the clan, and can return after the competition for the day has concluded. This is done to ensure tournament integrity.

As general reminders, please keep these points in mind during ladder play:

What measures are taken to ensure fair play?

Throughout the competition, Tournament Administrators will be working to support teams and ensure that the official Clash of Clans World Championship rules are upheld. In addition, players must abide by the Supercell Terms of Service and Fair Play rules.

There will be an ongoing review of accounts throughout the competition.

How do I advance and qualify for the World Championship Finals?

During Championship Qualifiers, teams advance to the next stage by placing high enough in the current stage of competition.

For example, the top 64 teams during the Stage 1 Ladder will advance to the Stage 2 Double Elimination stage of the competition.

After all 4 stages are completed, 4 teams will be awarded a Golden Ticket, qualifying them for the World Championship Finals!

If I win, how do I travel to the World Championship Finals ?

All qualifying teams must be physically present at World Finals in order to compete.

It is important that you are eligible to travel internationally and have the documentation required for you to travel to Helsinki, Finland, such as, but not limited to:

All qualifying teams will have their travel expenses covered. More information will be provided closer to the event. .

What can I find in the official Clash of Clans World Championships Rulebook?

Please read the rules before participating in the Clash of Clans World Championship.

I still have a question. How can I contact tournament support?

Once a player registers through the Tournament Hub, they will have access to the official Clash of Clans World Championship Discord server.

Please note that tournament administrators cannot assist with inquiries not related to the tournament, such as in-app purchases or account issues.

Made it all the way through the rulebook and the FAQs? Then you might just be ready to compete! Registration for the Championship Qualifiers will be open from 3-10 August via the in-game Tournament Hub. Until then, get your defenses ready, rally your team, and prepare for the biggest Clash of Clans competition on the planet. Stay tuned to our Esports Twitter and Instagram pages for all the latest Clash of Clans World Championship info! 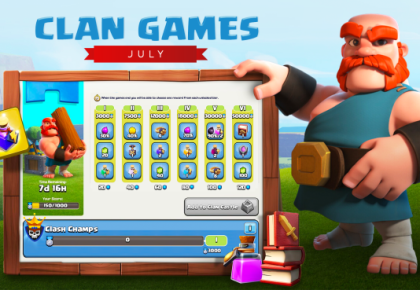 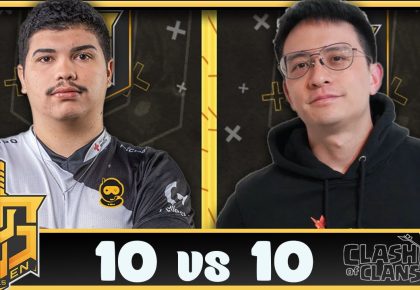 PREPARE FOR CLASH WORLDS 2022! by Clash of Clans
Leave a Reply Cancel Reply