What’s Next For Builder Base? by Clash of Clans 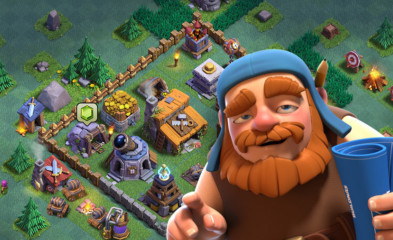 Stuart here, your local friendly neighborhood Clash of Clans Game Lead. It’s been great to see so many of you enjoying all the additions and changes that came recently with the Town Hall 15 Update. We’re currently working on our next update that will be with you in December but today I want to talk about something we’ll bring you in the first half of next year: Builder Base 2.0.

We’ve heard and agree with your feedback that the current Builder Base doesn’t live up to its potential. In the past we made some smaller tweaks that improved some things but these weren’t enough. After lots of discussions inside and outside the team and following the team’s experience making Clan Capital, we decided the best course of action is to do a big rework of the Builder Base. We are sure this big top-to-bottom rework will get Builder Base in a much better place overall.

In our discussions we’ve come up with some things we think are great about the current Builder Base and need to be kept and also problems that absolutely must be fixed. By reinforcing the positives and eliminating the negatives, we feel we can make a new Builder Base experience that current fans enjoy more and is more players’ favorite part of the game.

Here’s a few of those best things about Builder Base we want to reinforce:

We hear from many of our new players, including some of our newer team members, that when they unlock the Builder Base it’s actually their favorite part of the game. Builder Base is at its best when it’s small, you feel every trap and defense placement matters when designing a layout and likewise during attacks every troop you drop is key. This smaller focus and feel than the Home Village and Clan Capital could be one of the things that’s special about the Builder Base.

A big part of the fun of Clash is planning things out and then seeing how that plan plays out in action. Builder Base offers a really fun experience where players see an enemy village and have to quickly think on their feet, choose an army and make a plan in just 60 seconds of preparation time. When this works well it’s super satisfying, it requires you to get familiar with all the different tools in your toolbox so you can use the right one for the situation. Getting good at this kind of fast reaction helps in other parts of the game.

Clash is about both Building and Battling. Building a strong defense should be as important as being great at battling your way to 3 stars. In the Home Village if you’re an active player you can end up doing more attacks than defenses and that makes defense feel less important than attacking well. In Builder Base because every attack you do brings a defense from an opponent, it’s much more clear that a strong defense is important. It’s also more convenient to test out a new layout since you can instantly make yourself available for attack and see how it does.

Gets less fun as it gets bigger

Unfortunately as players progress through higher and higher Builder Halls the tight, tactical feeling at the start fades. By the later Builder Halls the amount of defenses leads to the defensive meta having a deathball of defenses in the middle. It’s really hard to do a smart attack against that, especially without Spells or the variety of Heroes you have available in the Home Village, so players are forced into quite spammy all-in attacks. That leads into our next problem.

Not rewarding to play well

The issues with it being hard to attack cleverly are made worse by the fact that it’s not particularly more rewarding whether you do try or just spam things. With the head-to-head nature of Versus Battles every player finds themselves winning about 50% of the time. If you play really well, high 90s, you can find yourself losing just because your opponent happened to get 100%. Next match you do terribly, 40% but you win because your opponent did even worse and got 37%. This level of randomness from the head-to-head battles is incredibly demotivating. You should always feel more rewarded for playing well and that’s not true in the current Builder Base.

Not convenient to play

The high level of randomness in winning/losing coupled with a system that only rewards winning makes the Builder Base deeply inconvenient to play. Having to wait for an opponent to finish their attack before you can attack again is annoying. It’s great that the Builder Base has no troop training times and could be a very convenient spot to drop in and play. In order to get your 3 Daily Wins, you need to play about 6 battles on average. That’s quite a lot of time alongside the rest of the game. We know many of you have busy lives and don’t have time to play every day. Unfortunately the current Builder Base isn’t convenient for those who maybe only have a lot of time to play at the weekend.

We’ve had lots of discussions on these problems, among others, and we think we’ve got some great solutions for them. We also feel these new solutions and systems will nicely complement the things that are best about the Builder Base. One thing we can share now is there won’t be Versus Battles in Builder Base 2.0, we’ll have a different format for your regular day-to-day attacks.

Recently we were discussing the current plan for Builder Base 2.0 with the whole team and I asked the question “Do you want to play this?” Everyone on the team said “YES!”. As players of Clash ourselves we’re so excited about this and as developers we can’t wait to get it into your hands as soon as possible! Hope you will get as excited as we share more information on the development progress. 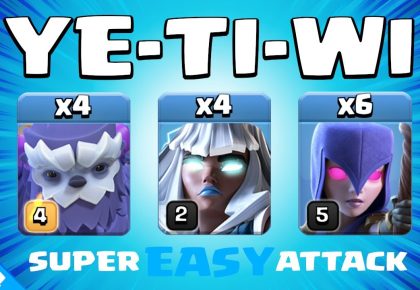